One of our new chicks died this weekend.

We knew it was coming. By Saturday night, she was wobbly and had difficulty standing. She wasn’t eating or drinking.

We knew it was coming.

We also had a pretty good idea of what was wrong with her.

She was a runt.

When my son went to get our new chicks he chose her because she was “so darn adorable.” And she definitely was adorable – all tiny and cute as a button.

But as her sisters started growing, this little one couldn’t keep up. Her wings grew, but her body didn’t, making it look like she was constantly dragging a coat around that was much, much too large for her.

I fear my kids have picked up my “save them all” philosophy. My son chose the tiniest chick because he wanted to give her a chance. He knew that if he brought her home she would be taken care of, fed, watered, played with, and protected.

He knew that although small, she just might make it if she came home to live with us.

But it’s tough, because often these end up being the chicks that don’t make it.

If you want strong healthy chicks, you pick the large, active, bright-eyed, chirping ones that scurry away from your hand. If you want your chicks to live, you stay away from the smaller, quiet ones.

You save those for people like me, who are willing to give them a chance, even knowing it’s very likely that instead of living, these little ones will only end up taking away a tiny bit of your heart with their passing. 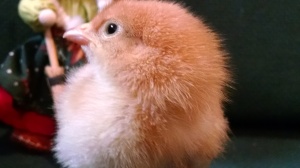 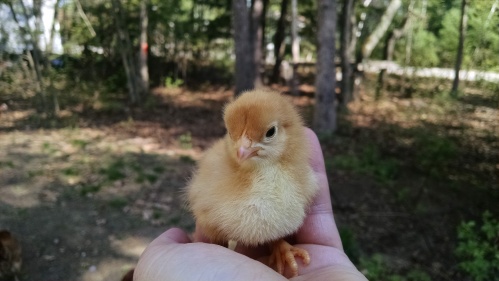 Our spring chicks have *finally* arrived! (I was having such chick envy every time I saw everyone else’s photos on Facebook.)

Last year we got 12 chicks and we only lost one, however, due to age (some members of our flock on coming up on 7 years), our neighborhood hawks, and a tough winter which took its toll, I found that our flock which normally hovers around 30 needed a little pick-me up. END_OF_DOCUMENT_TOKEN_TO_BE_REPLACED

Big news in our household! 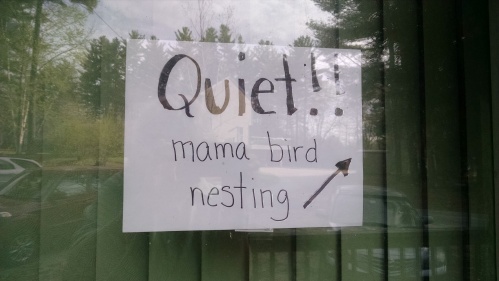 Because a family of House Finches had nested in this: (I know, I know, my bad for keeping up Holiday decorations well past the season) END_OF_DOCUMENT_TOKEN_TO_BE_REPLACED