Lesson 1562- Life lessons I want my kids to know

When I was a child I constantly had two very distinct dreams.

One was about being able to breath under water.

The other was about a majestic flying white horse that always looked out for me.

I had those dreams so often that I came to recognize them as comforting thoughts. We had a pool in our yard and I just knew that nothing could happen to me in the pool, I’d be safe in the water. (It’s probably why I made sure that all my kids knew how to swim and were members of a swim team – water is your friend, you just need to know how to respect it.)

I didn’t learn until I was older that a flying white horse had already occurred in mythology as Pegasus. Either I was tapping into eternal symbology or I was using someone else’s ideas. In any event, my flying horse regularly took me to fantastic places in my dreams. It was my protector, it kept me safe.

Both dreams were so realistic that upon awakening, I would swear that I could breath underwater or that I could fly on the back of my horse. END_OF_DOCUMENT_TOKEN_TO_BE_REPLACED

Lesson 1561- Life lessons I want my kids to know

When I was young (like elementary school young) for whatever reason, one night I decided to make a pronouncement at the family dinner table.

“I have decided on the name I’m going to call my first baby.” I announced.  I had put much thought into this and was very proud of my decision.

My statement obviously got everyone’s attention. Forks stopped midway to mouths and everyone looked my way.

We had been studying American Indians in class and I was obviously impressed with what I was learning.

“I am going to call my first baby Little White Flower.” END_OF_DOCUMENT_TOKEN_TO_BE_REPLACED

Lesson 1560- Life lessons I want my kids to know

One spring break when I was home from college, like most other students I was absolutely exhausted. But I couldn’t “come down” from the frantic-induced anxiety of my stressful courses. The first night home I slept a total of 4 hours.

The next day, my body finally recognized that I was home. I ate good food. I didn’t have to worry about classwork. I began to relax.

After I woke and came downstairs my father cornered me in the kitchen. He was angry that I had slept so much. I was lazy, he told me. I was a sloth. He became more and more agitated as he pointed out that I had wasted my day sleeping.

Lesson 1559- Life lessons I want my kids to know

Many years ago, I had a boyfriend who, although nice, I wasn’t sure we were clicking. I second-guessed myself by thinking I just needed to give the relationship more time and things would eventually work themselves out. Right?

One day I was in the bathroom putting on some makeup. One of my cats pushed open the door a crack and entered. She leaned up against my leg and started meowing a friendly greeting to me. END_OF_DOCUMENT_TOKEN_TO_BE_REPLACED

Lesson 1558- Life lessons I want my kids to know

When I was in college at the University of Connecticut, I couldn’t believe how many different classes were available. To be a full-time student you had to have at least 12 credits. I routinely took 19 to 21 credits, while working a job in the library, belonging to a frat (it was a co-ed service organization), and writing for the daily newspaper.

I took so many classes and did so many things because there was simply so much to learn.

Although it had nothing to do with my major (Pharmacy at the time) I took an Education class intended for future teachers. I learned how to create a learning plan, how to organize a classroom, and I was also exposed to my very first lesson on the effects of social inequality. END_OF_DOCUMENT_TOKEN_TO_BE_REPLACED 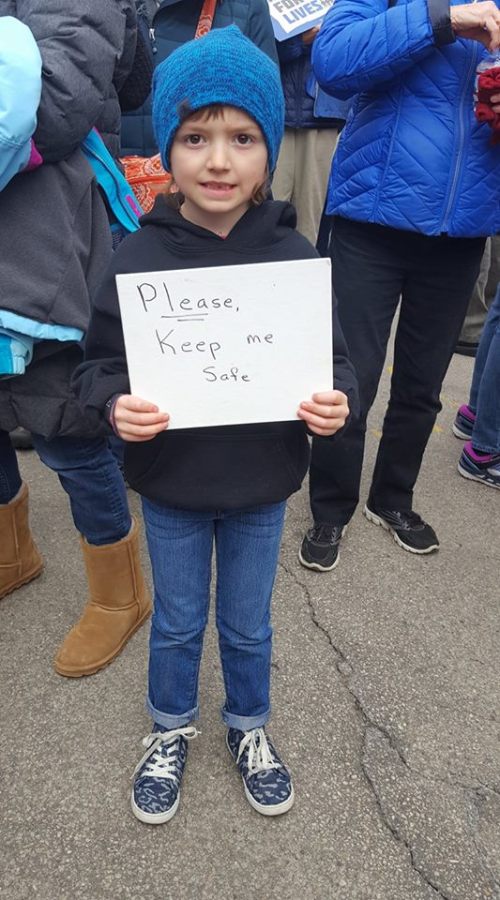 This little one brought me to tears. What have we, as a society, done?

Lesson 15756- The definition of Guffaw

The absolute best thing happened to me yesterday.

I had to go up north for a few meetings that took a wee bit longer than I had anticipated. I decided to stop in a restaurant on the way home for lunch. Because it was just me, they sat me in an area that only had tabletops for two people.

I dug into my purse, got my notebook and pen out and I started writing down things from the meetings that I wanted to capture.

Out of the corner of my eye, I saw an elderly couple get up from their seats to leave. Both were as old as the hills. The husband helped his wife put on her red coat. They took tiny careful steps, the woman bent over in the way that time tends to destroy youth’s posture. Both held hands as they maneuvered around the tables. They appeared so very fragile.

As they passed my table, the woman who was using a cane put her free hand on my upper arm.

I figured that she might need a little extra support, so I didn’t flinch or remove my arm, instead I looked at her and smiled. Sure, go ahead and lean on me is what I thought, take my arm if you need it.

She bent toward me. “Do you want to hear a joke?” she asked.

I was a little surprised, but I’m always up for a joke. “Sure, I’d love to hear one.”  I replied.

She put her head close to mine. “How do you tell one end of a worm from the other?”

She looked into my eyes. “You put it in a bowl of flour and wait for it to fart.”

It’s actually a good thing I didn’t have any food in my mouth, because the word “guffaw” was invented for just this kind of situation.

The woman backed up and continued shuffling out the restaurant, holding hands reveling in the knowledge I’d be laughing well after she and her husband had left the restaurant.

James Burns, a friend and co-writer, recently sent me three of his poetry books. I’m going to put this right here – I’m not a big fan of poetry, much of it flies over my head and I get frustrated because I don’t “get it.”

But that’s not the case with James’ poetry. He plays with words, he gets in and then gets out, and he expertly leads you to a conclusion that often takes your breath away. All of his poems deliver a powerful, truthful punch. Take this one:

And ready to digest

The imagery is compelling. I get it. I know what he’s talking about. I can relate.

And that’s the power of poetry, to write in thoughts and images just as clearly as if you were using full paragraphs.

When reading each of James’ books, I find myself taking notes, marking some of the pages, telling myself that I need to share this with my daughter who loves poetry.

She should read this, I think.

If I prune my beliefs

And change who I am

Bend and twist my soul

As if I were the maker’s bonsai tree

If I give way to your will

What then becomes of me?

Because I am.
I truly am.

Note – all of James Burns’ poetry collections are available on Amazon (links on each title above) and are very reasonable. If you want to try poetry or if you already love poetry, I suggest you give them a try. Trust me, you won’t regret it.

Lesson 1574 – Easy appetizers for when you leave the nest

Some of my kids are beginning to leave the nest. One left this morning to move into his first apartment.

He’s an officer in the Army and so he’ll be getting a lot of good advice, but the one piece of advice *I* could give him was “the best thing you can do for your wallet and your health is to learn how to cook.”

All my kids have learned how to cook to a degree (at the very least they know how to follow a recipe.) There are about 4 meals that they can make without opening a cookbook.  But if you make the same four meals over and over, you’re going get bored and bored people start eating fast food or going out to restaurants just for a break. And that begins to impact your health and wallet.

I’ve been working on a family cookbook for some time, I keep adding to it when I find something that the kids should know.

This was added today.

Easy Appetizers for When Guests Come Over

When you want to have friends over always put out something to eat. It doesn’t have to be much and variety helps. This summer when we were on a family vacation, each night I’d put the following out on the back table so that everyone could relax with drinks and nibbles before dinner.

Trust me, it not only is impressive, but it’s also much appreciated to be able to “break bread” with good friends while conversing.

It helps to have a collection of small bowls ready to use. You can buy them anywhere or even use something like vintage custard cups (often found in thrift shops.) Keep them cleaned and stored between use for when you need them.

Oh don’t get me wrong, I’m grateful that I even get to say “It’s my birthday” but, holy cow, those numbers are getting up there.

I’m now at the age I remember my grandmother was.

The other thing that’s difficult about my birthday is that it comes right after Christmas – when I got a lot of stuff, like 11 journals and 7 books, and 2 mugs. I’m kind of good for now. END_OF_DOCUMENT_TOKEN_TO_BE_REPLACED