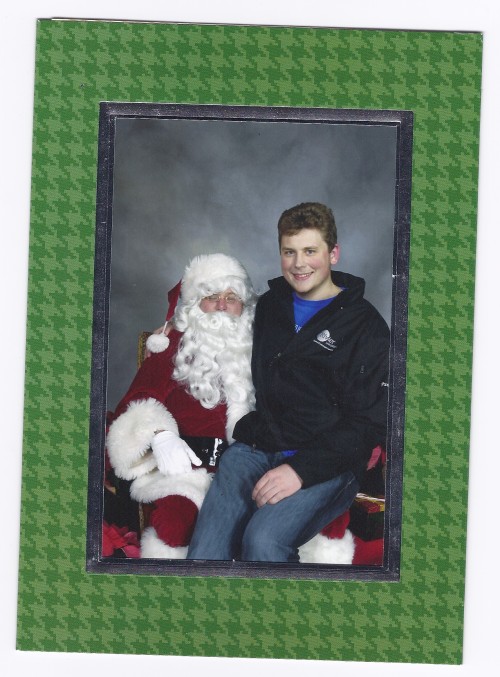 This photo has nothing to do with this post other than to show you what a good kid Spencer is.

My son, Spencer, has decided to join an online effort to raise money through Extra Life for the Children’s Miracle Network to go toward children’s medical treatment.

This is how Extra Life began:

“Extra Life began in 2008 as a way of honoring a young lady named Victoria Enmon. Tori’s battle against acute lymphoblastic leukemia inspired the Sarcastic Gamer Community in a way that is difficult to describe. Members sent in video games and bought gifts to keep Tori’s spirits up despite numerous hospital stays and three bouts with the deadly disease.

“Tragically, we lost Tori to cancer in January 2008. Later that year, I asked my partners at Sarcastic Gamer if they would be interested in Extra Life, a 24-hour video game marathon to raise money for the hospital that treated and fought beside Tori. In 2008 and 2009 Extra Life raised a combined $302,000, 100 percent of which went directly to help kids like Tori at my local Children’s Miracle Network Hospital (Texas Children’s Hospital).”

The online gaming community has continued this event each year.

On October 25, 2014, my son will play video games for 24 hours (and more importantly, we will allow our son to sit in his room for 24 hours to play video games.) It’s not your typical fundraiser, but I have to give them points, it’s a clever way to connect an online community for a great cause.

Spencer is hoping to raise $200 and he is almost there. In an effort to help him out, I’ve told him that he could put the names of everyone who donates (even if you only donate $5) in for a chance to name one of our chickens !!!!!) I’ll even do a blog post here on the winner. (The winner will be announced on October 26th at the conclusion of the event.)

(Note the chicken that will be named is an Araucana. She’s one of our chicks from this past Spring and she’s a beauty. I’ll get a photo up of her as soon as I can.)

Yup, you could name a member of our flock and from then on, you’d be able to watch her progress over the years as I post photos of the girls in our flock.

I don’t put up requests for fund raisers often, buuuuut, Spencer is my son, it’s for a great cause, and I have to give the organizers credit for ingenuity.

Here is Spencer’s link, if you want to check it out or if you feel like making a donation: Spencer’s Extra Life link.
And here is Spencer’s statement (how could I not be proud of a kid who does this with his spare time?):

“I’m on a mission to save kids and I need your help. My local Children’s Miracle Network Hospital treats thousands of children each year, regardless of their family’s ability to pay. These kids are facing scary stuff like cancer, cystic fibrosis, and injuries from accidents to name just a few.

On October 25, 2014, I’ll be participating in this huge worldwide celebration of the social impact of gamers of all kinds from video games to board games and tabletop RPG’s! It’s my sincere hope that you’ll find it in your heart to support my efforts with a monthly pledge or one-time gift that will go directly to my hospital.

Your donation is tax-deductible and ALL PROCEEDS go to help kids.

I need your help to reach my goal For The Kids. Please make a safe, easy donation online today. Click the “Support This Participant” button on this page to get started. Thank you so much for supporting my efforts!”

By the way, the last time we had someone name one of our chickens: Chickey Cantor, she ended up in a video game. Good things happen to our chickens.